Everyone who experiences homelessness is living in poverty and cannot access affordable housing. Fortunately for many Australians this is a brief experience. Their reasons for being homeless may be loss of a job and income, sickness or short term disability, needing to leave their home due to violence. The majority of people who experience in homelessness in Australia do not literally ‘sleep on the streets’. The majority will stay with friends or relatives (overcrowding; couch surfing) or access crisis or temporary accommodation and then move back into permanent housing as soon as possible. Some of this group of people experiencing this type of homelessness may have a number of these episodes over their lifetime, but not everyone.

There is a much smaller group of people who experience homelessness and who are literally sleeping on our streets (rough sleeping) and often for long periods (chronic homelessness). There is good evidence to show (through data collected during Australian ‘registry weeks’) that approximately 50-60% of those people experiencing that type of homelessness will require permanent support to sustain housing. This is because they may have several health conditions, such as chronic illness, disability, mental illness and/or a history of having had a traumatic brain injury. Others who experience this type of homelessness will also need permanent housing to end their homelessness, but may only need short-medium term support or no additional support at all.

For the small group of Australians who have high (and often, complex needs) and who experience long term homelessness we need a systemic response to their permanent housing and support needs. We need an adequate supply of ‘permanent supportive housing’. We don’t need a great amount of this type of housing, simply an adequate amount for the current number and future number of people with high and complex needs who will not sustain permanent housing without permanent support.

There are a number of ways that permanent supportive housing can be created and managed. The two primary ways are ‘high density’ models (for example, Common Ground) and ‘scatter site’ models. High density models, like Common Ground, involve people living in one apartment complex, using a mixed tenancy model (eg.not everyone who lives there has support needs or has experienced homelessness) and some of the support they need to sustain their tenancies is provided ‘on-site’. There are workers on-site who can assist tenants with support as well as helping to co-ordinate other professional health, mental health and support services for the person. With ‘scatter-site’ models, people live in separate houses or units and support workers visit the person’s home to help deliver or co-ordinate needed support.

The cost of permanent supportive housing

All models of permanent supportive housing can appear to be expensive (more about that further down the page) and so it is essential that only the right people, those with high needs, are able to access this type of housing. When people with low needs and no need for on-site or visiting support services receive this type of housing they are being ‘over-serviced’ and unnecessarily receiving an expensive housing and support product. It can also lead to unnecessary dependence on others to carry out common daily tasks that the person is quite capable of undertaking without extra assistance.

An evaluation of Common Ground Brisbane by Dr Cameron Parsell from the University of Queensland (2016) has shown that although the cost of providing the housing and support was about $35,000 per annum per formerly homeless person, this still represented a cost saving to the Queensland government of almost $15,000 per person per year. For the 12 months prior to living in Common Ground, whilst people were still chronically homeless, the average cost per person to the government was almost $50,000. This was through the use of expensive crisis services, such as ambulances, hospital emergency departments, hospitalisations, police, court and corrections services. The Queensland government is saving money by ensuring the right people are offered permanent supportive housing at Common Ground Brisbane.

Transitional housing is an out-dated approach

Unfortunately, there is still widespread use of ‘transitional’ housing for people who have experienced homelessness. It is out-dated and ineffective. For people who need permanent support with their housing, they also need a permanent home. We cannot make the assumption that they will need short or medium term help and then move back into mainstream forms of private housing. This small group of people with significant disability, such as traumatic brain injury, psychiatric disability, serious health problems or cognitive impairment and who have a history of long term homelessness may never be in a position to access mainstream housing or employment. Important also, are those people who do not have such significant problems but who also experience homelessness. They won’t need any support or only short term support to stay housed and will often just need access to employment and affordable housing. The support needs to be ‘transitional’, but the housing needs to be permanent.

Transitional housing, although a model that worked adequately when permanent housing outcomes lay at the end of transitional housing periods, makes less sense when permanent housing outcomes are scarce. Asking people to connect with community, place their children in schools and get on with their lives is tricky when they know their time in that housing is limited. Especially when only their support needs are transitional (short or medium term), not their housing needs. Getting a new start after being homeless means getting the opportunity to settle into a community and create a stable home. In a consumer centred approach that provides transitional support to people after they’ve experienced homelessness, it makes more sense for the service or support workers to visit the individual or family in their new home, not ask the individual or family to move into one of the support agency’s temporary homes.

By 2008 the Australian Common Ground Alliance came together, as a group of homelessness and housing organisations worked to advocate for the establishment of other Common Grounds in city centres around Australia. The construction company, Grocon, also made a commitment to build a Common Ground ‘at cost’ (taking no profit) for Melbourne, Sydney and Brisbane.

At the same time and after these Common Ground models were developed, there have been excellent examples of scatter site permanent supportive housing options developed. Platform 70 in inner Sydney is a good example of a community collaboration which used a Housing First approach to house chronically homeless people in community housing (managed by Bridge Housing) and support provided by a range of agreed support services.

Watch and listen to Rosanne Haggerty discuss the beginnings of the Common Ground project in New York. 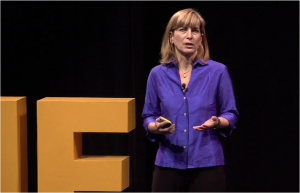