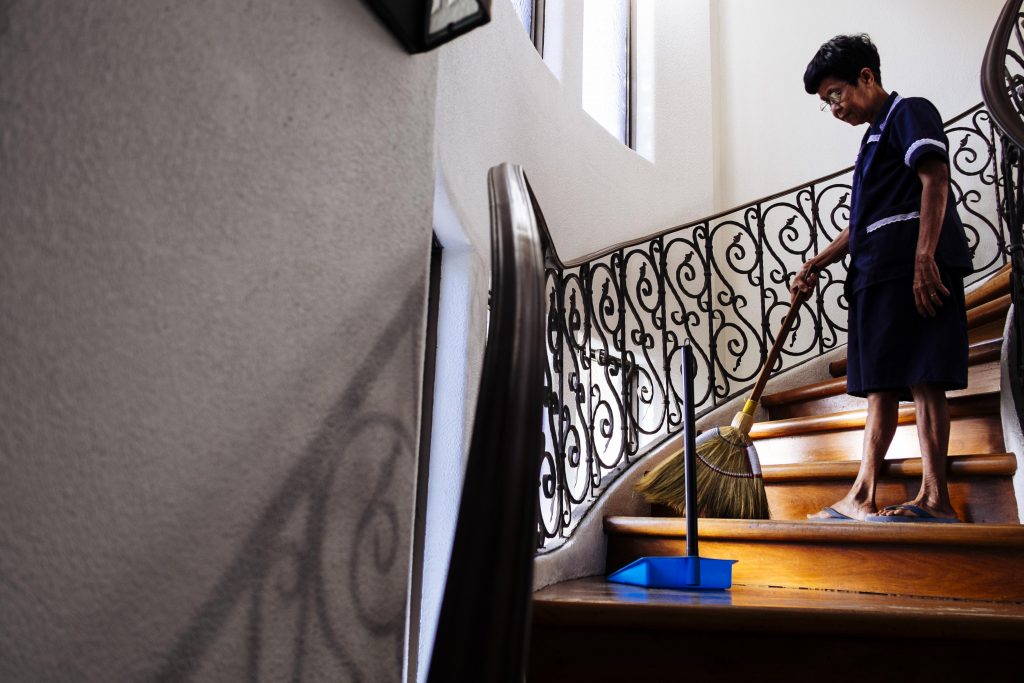 Service or Servitude: A Study of Trafficking for Domestic Work in Australia by Heather Moore (2019) is the first report to analyse 30+ cases of domestic servitude in Australia. The report compiles new and existing information from a range of sources, including national and international data on domestic work and migration, current government statistics and personal accounts by individuals who have experienced domestic servitude Australia.

Domestic workers are often excluded from the protection of labour laws or are treated less favourably than other wage workers. Consequently, these workers are vulnerable to exploitation.

Often individuals from overseas seeking domestic work in Australia are coerced with the false promise of higher paid wages, visas, accommodation and even marriage. These workers then find themselves in debt bondage to their employers and forced to work for little or no money to pay off the cost of their travel and accommodation. Travel documents are withheld dishonestly and these workers can be subject to modern slavery known as domestic servitude.

Domestic workers are predominantly women. Many don’t speak English and are fearful of authority figures such as police or government officials. They are unaware of their rights and unfamiliar with laws and customs. Domestic workers are often required to live in their employer’s household. The hidden nature of their work makes them more vulnerable to exploitation.

Servitude is criminalised in Australia and described as the condition of a person who provides labour or services and who, because of the use of coercion, threat or deception, would not consider himself or herself to be:

Learn more about Domestic Slavery by watching this video by the Australian Red Cross.

Modern day slavery is unacceptable and it needs to end. The Mercy Foundation advocates that Australia ratify the International Labour Organization (ILO) Domestic Workers Convention No. 189 as soon as possible. We are currently undertaking research to better understand how we can end human trafficking and modern slavery in Australia. 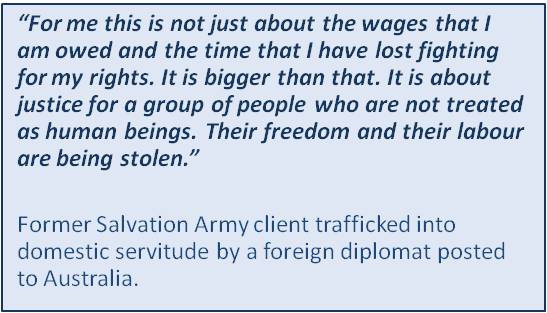